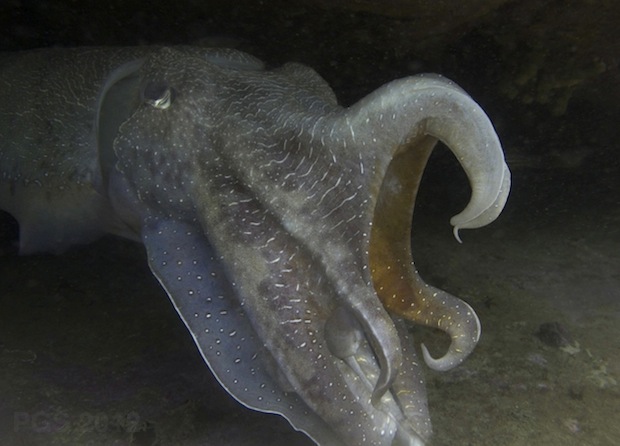 Arrayed round the mouth of a Giant Cuttlefish are its eight arms.

An octopus’ arms wander and explore, taste the world, feel their way about. Giant cuttlefish arms are not as dextrous and active. Sometimes, as a recent paper discusses, a cuttlefish’s arms will be carefully placed for camouflage. But at least with Giant Cuttlefish, a lot of what they do with their arms seems to be display, gesture; they impose their arms on the vision of animals around them.

On first encounter sometimes the arms rise into horns.

When the cuttlefish really means it, the arms are organized into layers. The inner ones are held up and the outer arms splayed out and down, like shovels or sleds. The effect produced can be like a huge pair of jaws. 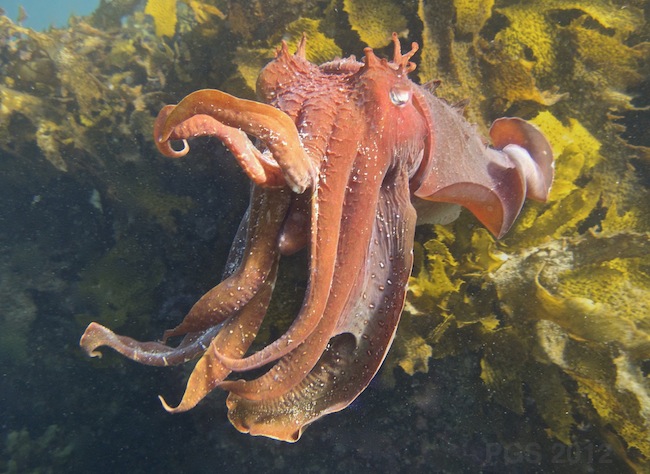 In other poses, like the one at the top, they remind me of the chimeric aurochs of Beasts of the Southern Wild.

A few times I’ve seen a cuttlefish hold elaborate shapes for a long periods after the context of a display has passed. The cuttlefish has been under a ledge and a big fish poking around has sent it into a display, with arms everywhere and blasts of color. Then when everything was quiet again, the arms settled into a shape derived from the display, and were held still. The result is a sculpture of arms, fixed in the water.

These positions can be held for a long time – half an hour or more. Because I’m there watching, I wonder of course whether they are a response to me. But they’re not apparently affected by whether I am closer or further away, and don’t seem to be directed at anything at all. Sometimes I leave the area and come back slowly, and find the arms might have shifted a little but are still there. 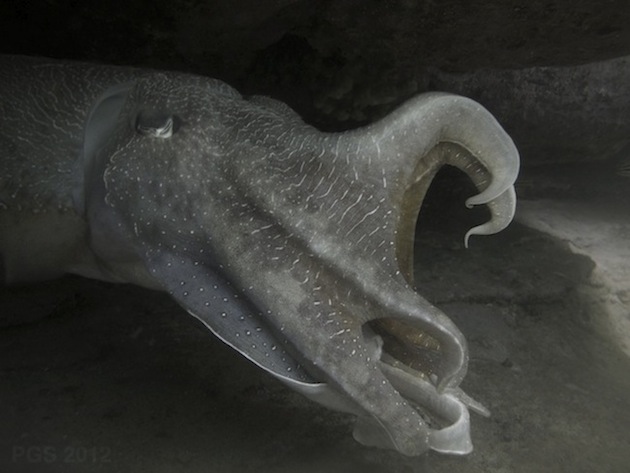