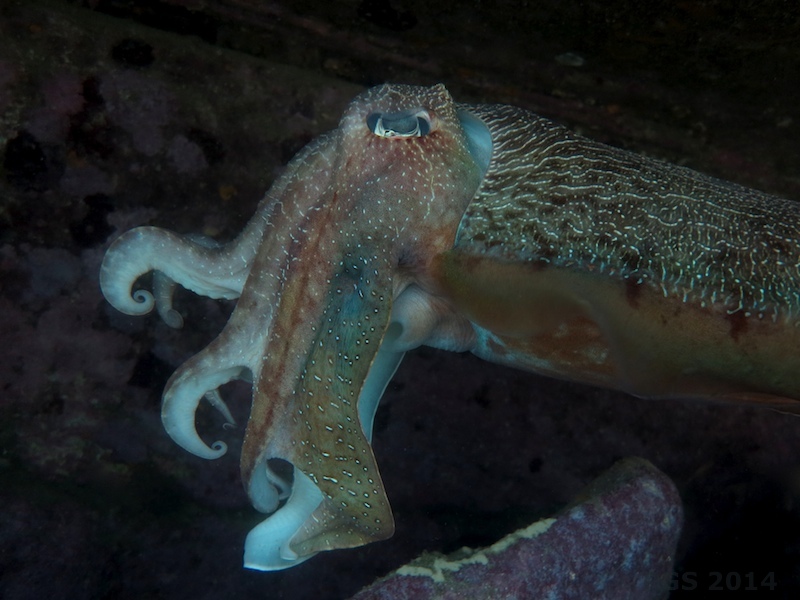 Last week I wandered through a profusion of rocks and came across this Giant Cuttlefish in a shallow cave. He was wary at first, but then became calmer, and I settled in to watch his color changes. 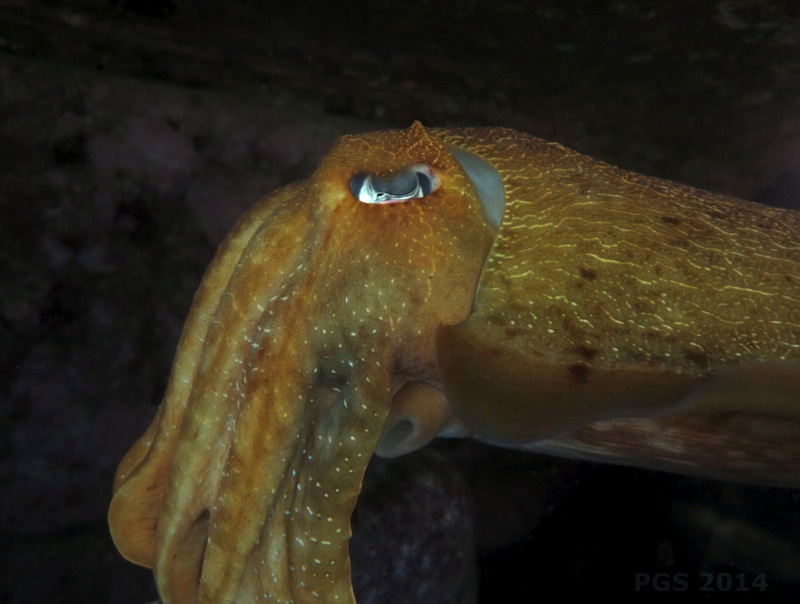 He spent nearly all the time in this side-on position. Colors came and went. He did two “yellow flares,” sudden explosions of bright yellow, including the one above. A line of blood-red marks like tears would appear leading down from his eye – and then vanish into the other colors around it. He went through a series of mysterious contortions… 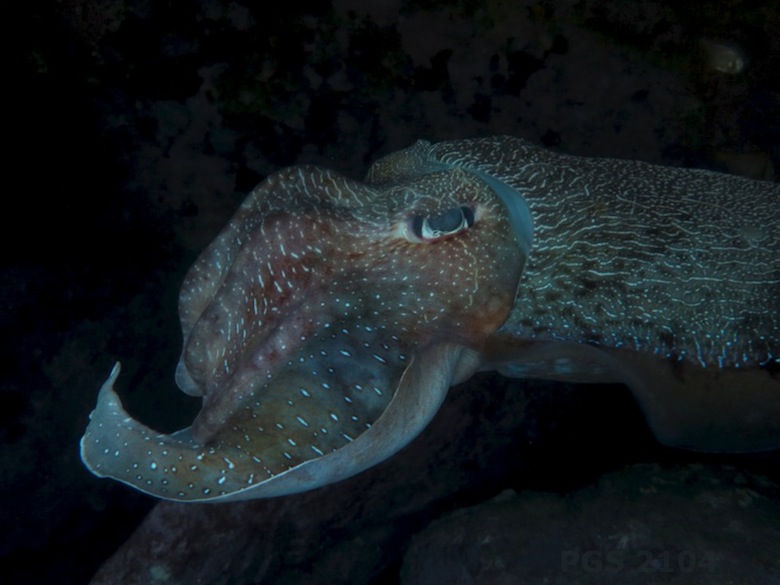 … before returning to his former shape.

I’d seen none of these beasts for quite a while, and had spent a lot of my recent time under water watching the meticulous and monogamous town-planning fish at Sleeper City. I much admire the fish, but it was good to come across one of these incomprehensible invertebrates, painting and re-painting his skin in the dark of the cave. 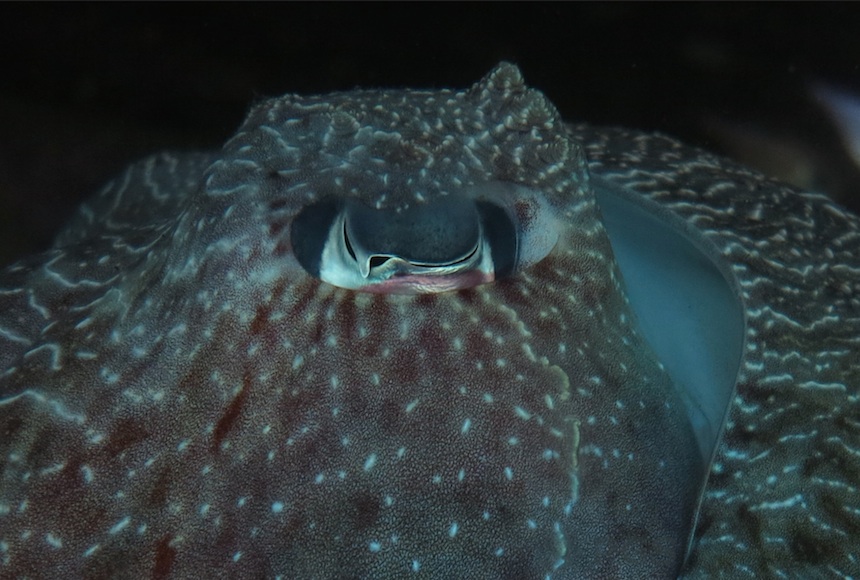