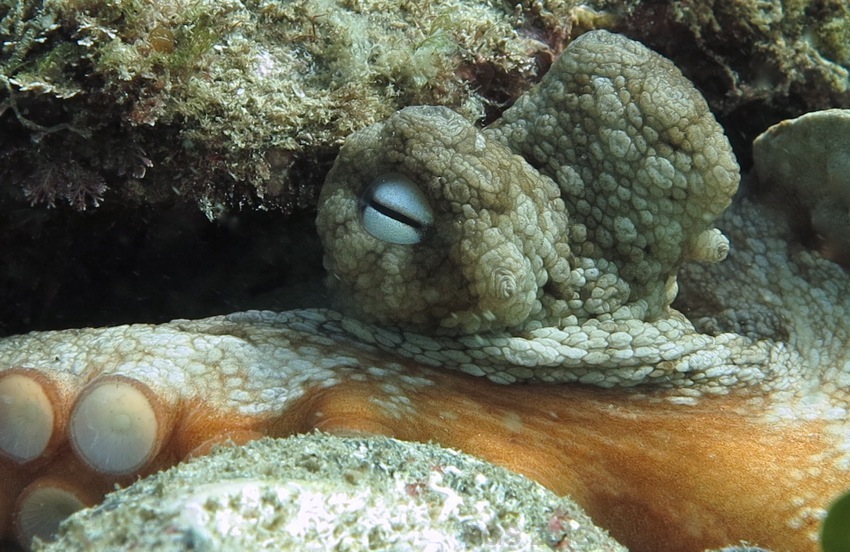 An octopus has a “camera eye,” as we do, with a lens that focuses an image on a retina. Our nearest common ancestor with octopuses was probably a tiny worm-like animal living half a billion years ago. It may well have had eyespots of some kind, but almost certainly not a camera eye. Camera eyes evolved independently in cephalopods, vertebrates, and several other animals – most surprisingly, in a box jellyfish. Some time on this site I’ll look at the workings of the cephalopod eye. Today though, no science or philosophy, no peering inside their heads. Just some images, views of those eyes from the outside. 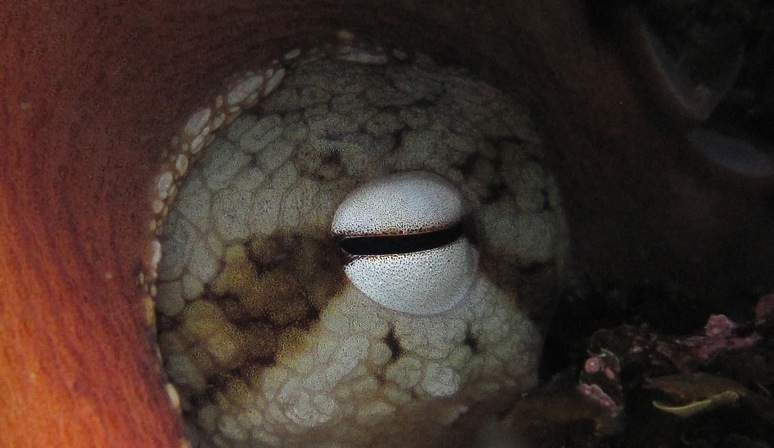 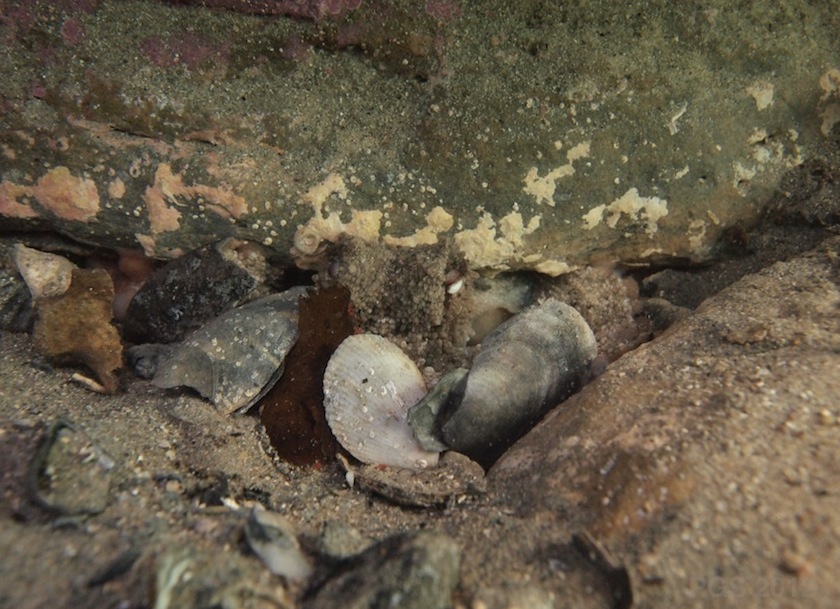 This one has set each of its eyes to different colors: 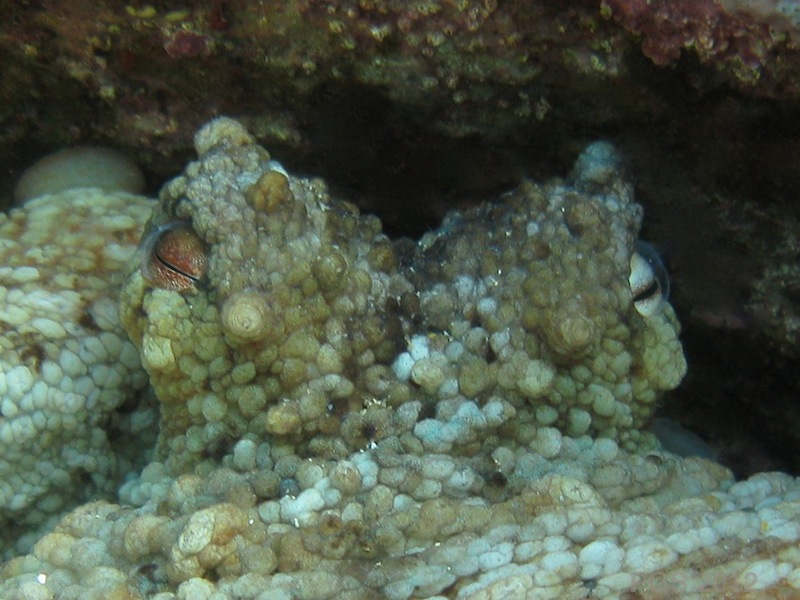 And whereas the pupil of an octopus’ eye is a horizontal slit, the Giant Cuttlefish, enigmatic as ever, has a pupil shaped like an arcing, cursive letter “W.” 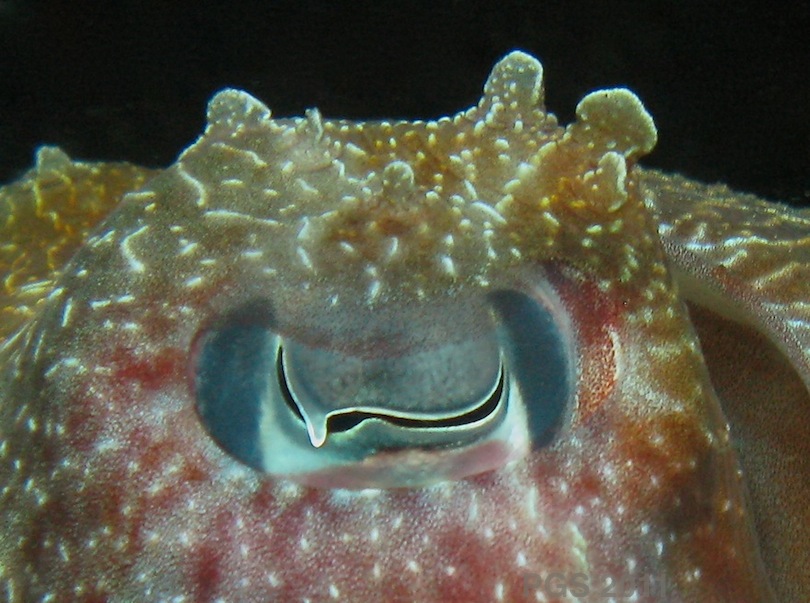