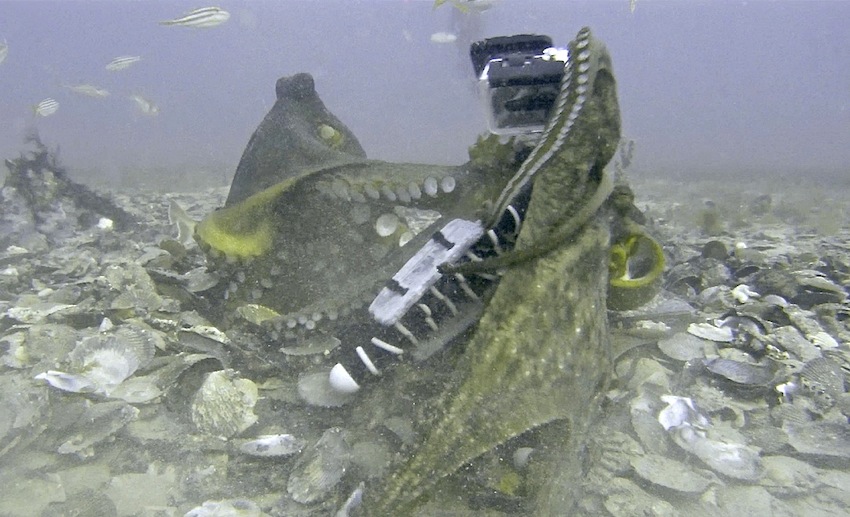 A few months ago I wrote about Octopolis, a site at Jervis Bay, Australia where octopuses have been living continually at high density for several years now. The site was discovered by Matt Lawrence, and we published a paper about it earlier this year.

I’ve made two trips back since that post. The first trip was in October, with Matt and David Scheel, a marine biologist from Alaska who is an expert on the Giant Pacific Octopus. On that trip we started, under David’s guidance, looking also at the broader ecology of the site. There seem to be unusual numbers of many species gathering there – rays and baby sharks, hermit crabs and starfish. Above hover squid and schools of fish.

A few days ago Matt and I went out again just to see how things are. 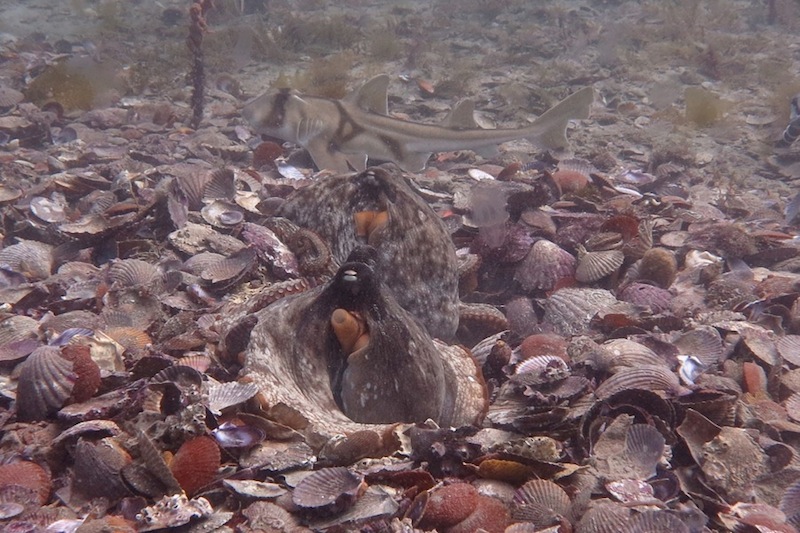 As soon as we arrived we saw octopuses everywhere, with very few of them minding their own business. It was the most interaction I have seen. They were wandering, boxing with their arms, displaying, jetting about. When I tried to measure things I had to wrestle over the tape. 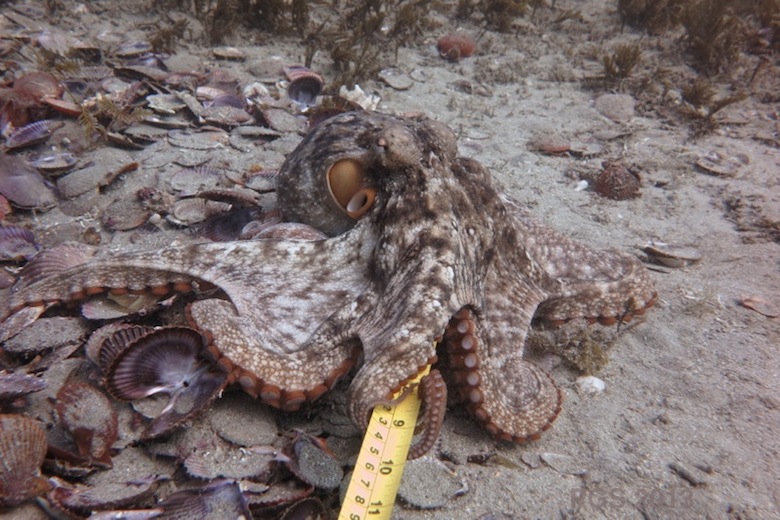 We leave video cameras on weighted tripods at the site to film what happens when we’re not there. The octopuses were in no mood to leave them be. All three cameras were knocked over and dragged around, lead-weight legs and all. That is what’s happening in the first photo above; it’s a frame from a sequence on one camera showing another camera being hauled by an octopus into its den, for an attempt at total destruction.

A longer version, with attempts to eat the camera, is here. After the octopus here had given up on the first camera and lugged it back out from its den, the other octopus, on the left, attacked the camera that filmed the first sequence.

A good day at Octopolis.

4 Responses to 20. Letter from Octopolis