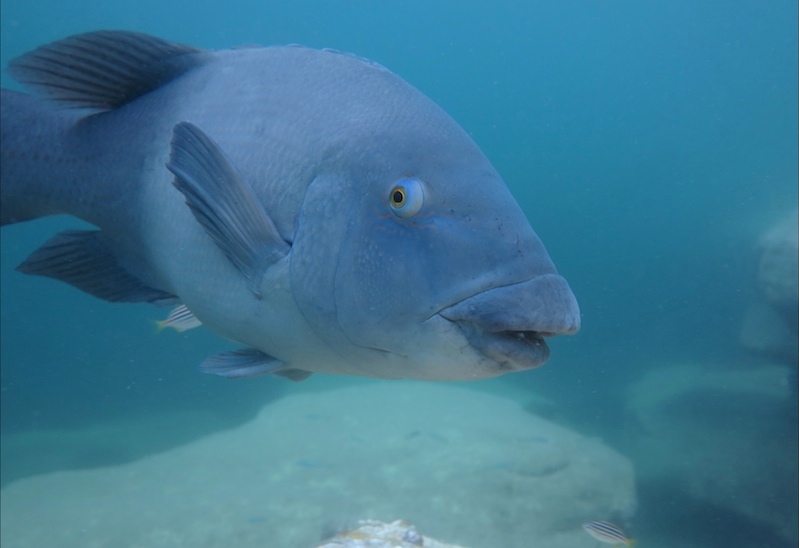 Above is a ‘Blue Groper’ peering at us from Cabbage Tree Bay, the marine reserve near Sydney, Australia, where a lot of the animals on this website live. A few months ago I wrote a post about the state government’s plan to allow recreational fishing in marine sanctuaries. The government announced that fishing would temporarily be allowed in most of them, and we were to wait for an announcement of new permanent rules. A lot of people protested, including hundreds of marine scientists, all the local conservation groups, and some readers on this site. (I sent in a petition, here – let me know if you’d like to be added to a new round).

So what happened? Several times we heard that the crucial meeting was happening in a few days, and an announcement would soon be made…. But it’s not come. Recently one of the conservation groups sent out an email:

[T]he growing controversy has triggered internal debates and delays. The minister for fisheries, Katrina Hodgkinson, is now having to work very hard to justify her anti-marine park position to other ministers.

A little while ago the local member of state parliament here in Manly, Mike Baird, an important player in the party currently in power, also announced that protection for Cabbage Tree Bay itself would only be removed “over my dead body.” So the news looks fairly promising at this point, and it seems likely that public protests are playing an important role. Surveys have shown that almost nobody actually wants the protections removed, other than a tiny number of “fishers and shooters,” who unfortunately hold two seats in the state parliament. One worry I have is that Katrina Hodgkinson might now let the sanctuaries remain in limbo, if she can’t get the new policy through but doesn’t want to restore protection. In that case, it will be important to make clear that this will be an issue in the next election, and the sanctuaries have not been forgotten.

If you want to write to the minister, her website is here. Better still, given the quote above, the state premier’s feedback site is here.*

[* Further update: Premier O’Farrell resigned yesterday, and has just been replaced by Mike Baird, discussed above. This might be good news for the sanctuaries.]

The bigger environmental news this week has been about whales. The International Court of Justice at the UN ruled that the Japanese whale hunt in the Antarctic Ocean should cease, as it was a commercial operation masquerading as science. The Japanese government announced today that it will abide by the ruling, at least for the Antarctic. I suspect much of the Japanese government is glad to be out of it, quietly happy to have an exit. The Antarctic whale hunt has been a public relations disaster for them for years. 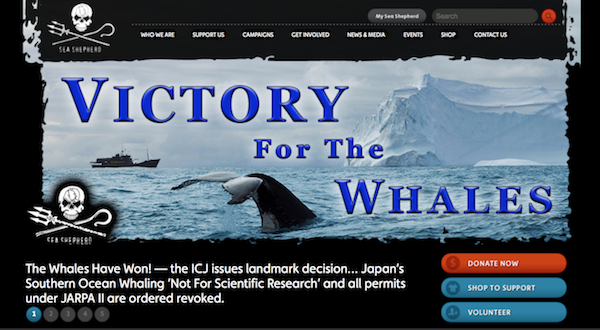 Credit is due to Peter Garrett, the environment minister in the previous Australian government, for his work in bringing the court case about. Much credit, too, to Sea Shepherd, the fearless and highly effective environmental group who made the whale hunt such a public relations disaster for Japan. Above is the image Sea Shepherd have on the front of their website now; they’re right to be celebrating.

Sea Shepherd have turned their attention also to another case involving Japan, the annual dolphin slaughter at Taiji, revealed in the film The Cove. In cruelty, the dolphin slaughter dwarfs the whale hunt. The awfulness of Taiji was made vivid at Cabbage Tree Bay a few months ago, when a solitary dolphin visited for a couple of days. 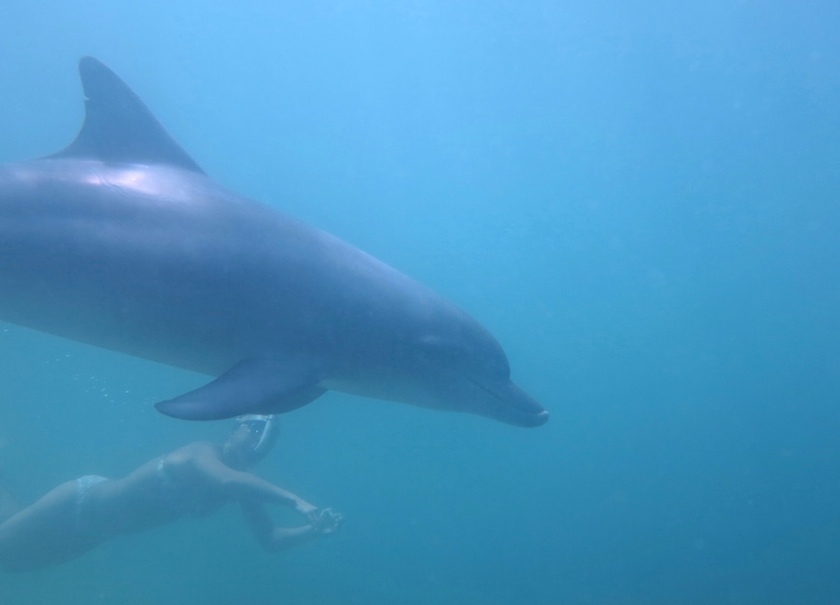 This is apparently a well-known dolphin, completely wild and not an escapee from captivity, who cruises up and down the coast. A ranger, Peter Bergman, described her behavior: “She goes out of her way to swim with people….. Late last week she appeared next to a surfer, tugged on his leg rope, threw seaweed in the air at him, she jumped over his surfboard and caught waves with him.”

A lot of people swam out to see her. We were told to keep our distance and not touch, and most people followed this instruction. But the dolphin herself took a liking to some individuals, especially a man with red hair. At one point I thought she was going to kiss him. 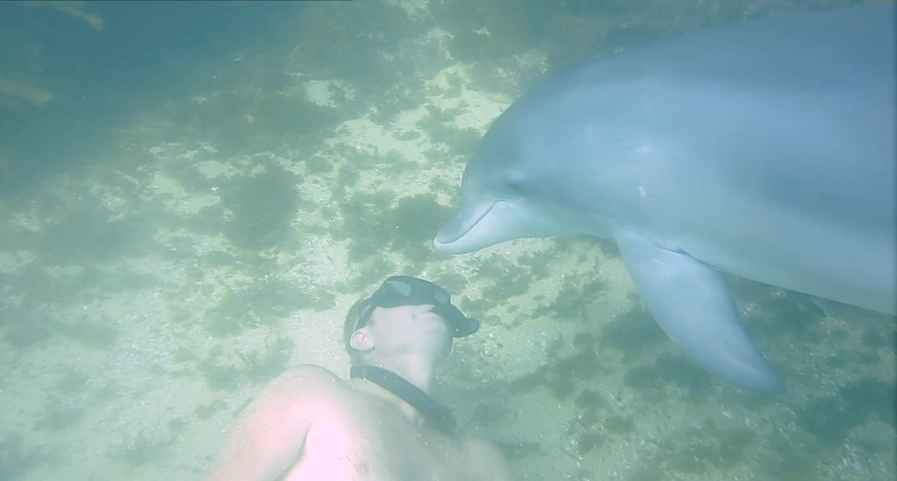 Here is a newspaper story about the dolphin visit, with another photo from the day. A detailed report about the whaling decision and its history is here. A good collection of dolphin intelligence papers is here.

A note about this site: The Giant Cuttlefish runs on an old version of WordPress and a customization of an old WordPress ‘theme’ that’s no longer being updated by its designer. As server upgrades and changes accumulate, so too do technical problems and error messages. Before long it may become unworkable, and I’ll then archive this site and start afresh with another.

Posted in Conservation, Vertebrates | Comments Off on 47. Sanctuary Update