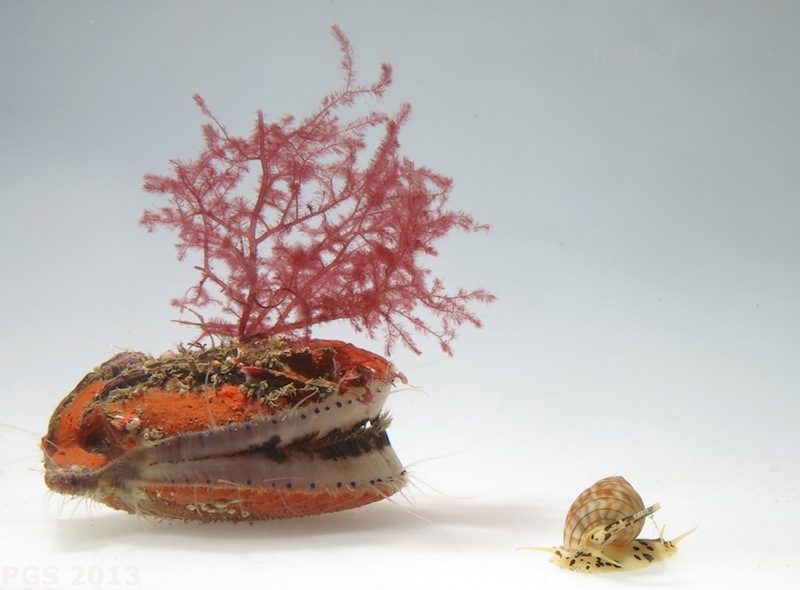 I’d assumed that scallops lived quiet and stationary lives, like oysters and clams and other “bivalve” shellfish. Not so! They have eyes, and many species can swim, by flapping their shells. The eyes are those dozens of blue dots along the scallop’s lips.

These pictures are from Octopolis, a site down the south-east coast of Australia, where octopuses live in an abundance of scallops and have developed some unusual habits. The scallops sit quietly most of the time when we’re around, but occasionally I’ve done something that disturbs one. I can’t predict what makes them go, but when they do, they rise up like flying castanets. 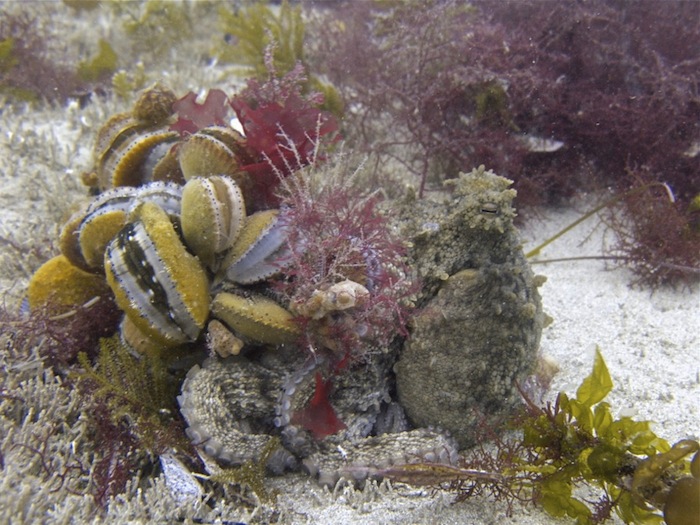 The photo at the top was taken with the help of David Scheel, who’s worked out some very effective ways to photograph small sea creatures. The scallop is wearing a piece of red algae as a hat; that’s not part of the scallop. Its companion in the photo is a small marine snail. 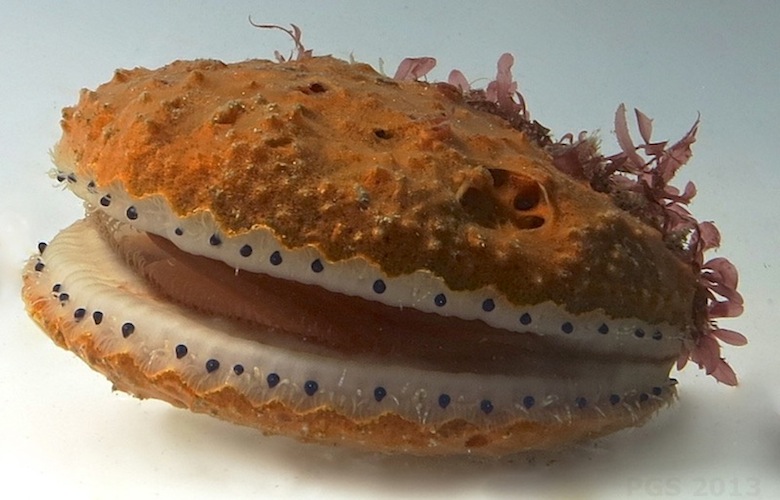 The scallop’s eyes are built on a quite different design from ours. Rather than a retina at the back of each eye, there’s a mirror. They do have retinas – each eye has two, in fact, one in front of the other. Light passes through a lens, hits the mirror at the back, and reflects forward, now in focus, towards the retinas, which are sitting in the middle of the eye. The optic nerve sits behind the lens.

This structure (without the nerves) is pictured below, in a diagram from a paper by Dan Speiser and his colleagues.

As Michael Land describes, the first clue to this unusual structure was the fact, observed by William Patten in 1886, that if you look closely into a scallop’s eye, you can see a tiny inverted image of the surrounding scene. Land’s 1965 paper includes an example. Here we are seeing a grid drawn on a lens of the microscope placed in front of the eye. 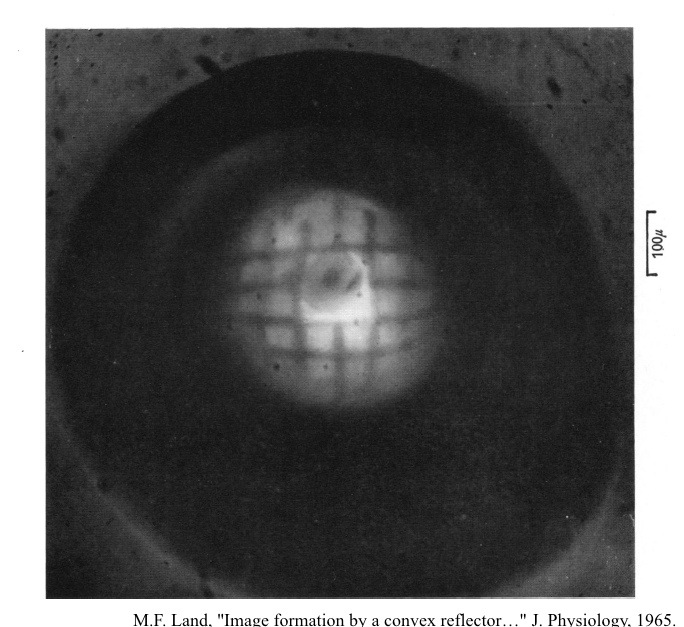 Doesn’t all this mean that there is a great deal of clutter in the scallop’s eye in the area where light has to pass through? There is. Light goes through nerves and retinas, hits the mirror, and bounces back to be sensed. We, too, have some nerve-clutter lying in front of the retina, leading to a “blind spot” in our visual fields. Only the eye of the octopus, and other cephalopods, has everything in its proper order.

What do scallops do with these tiny images? Detailed research on this question seems to be pretty recent, with much of it being done by Speiser and his colleagues. It seems that swimming scallops do have better eyes than non-swimmers, and swimming scallops probably do seek out favorable environments, as well as reacting to danger. I remember last year seeing a Volute at Octopolis carrying around a bunch of scallops, who seemed to have attached themselves, temporarily or permanently, to its back. But most of the scallops at Octopolis, despite their shining eyes and castanet-swim, eventually end up in the clutches of another mollusc. 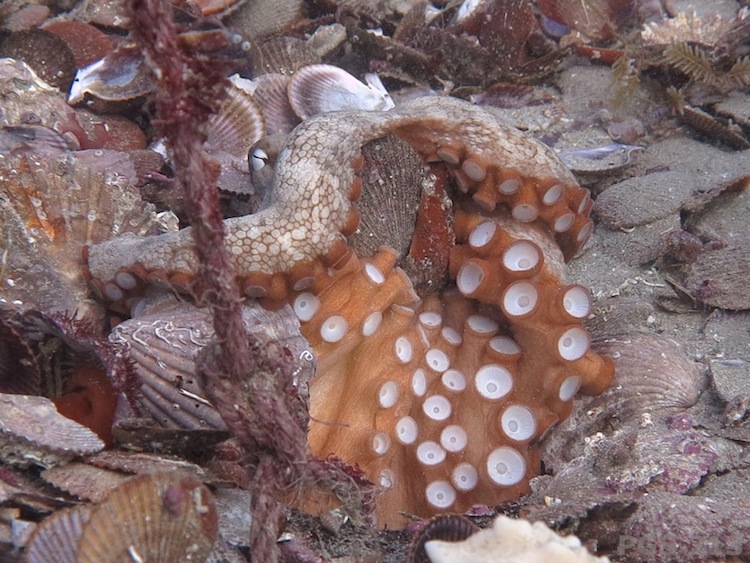 Notes: A few other animals, mostly shellfish, use mirrors in their eyes. The only vertebrate to do it is a deep-sea Spookfish.

If you look closely, you can see the marine snail’s eye too.

Posted in Others and tagged eye, scallop. permalink.

3 Responses to 39. Mirrors of Nature