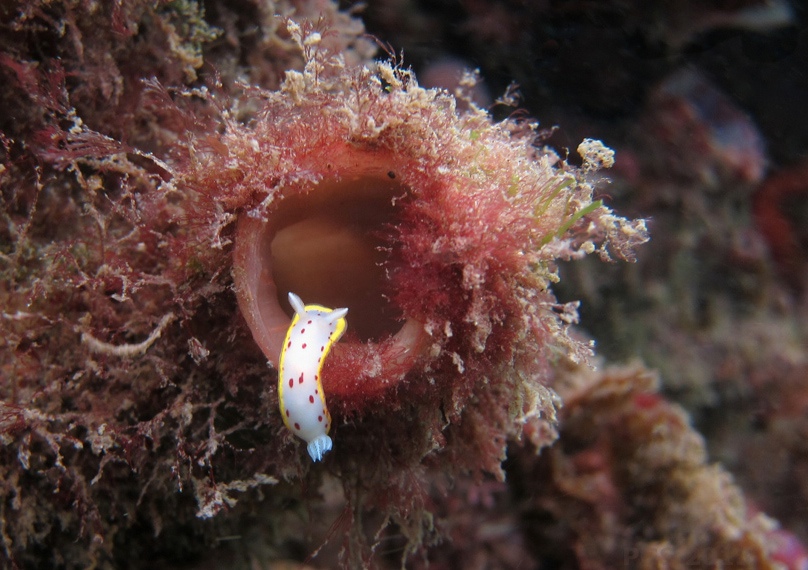 I realized a little while ago why watching nudibranchs in the water is a surprisingly intense experience – at least to me. It’s not just the otherworldliness of the animals, but the fact that as you watch them – with their slow but definite passage from place to place, their constant probing and sensing – you start to see the other things around them in a new way. 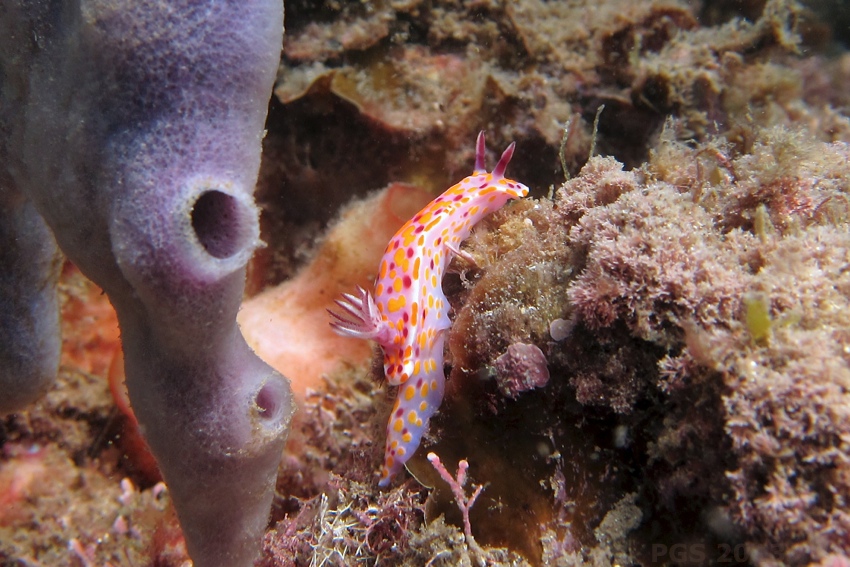 Bits of sponge, tunicates, and as one goes smaller, delicate hydroids and the like – all the inhabitants of the nudi-scale world – come more clearly into view. 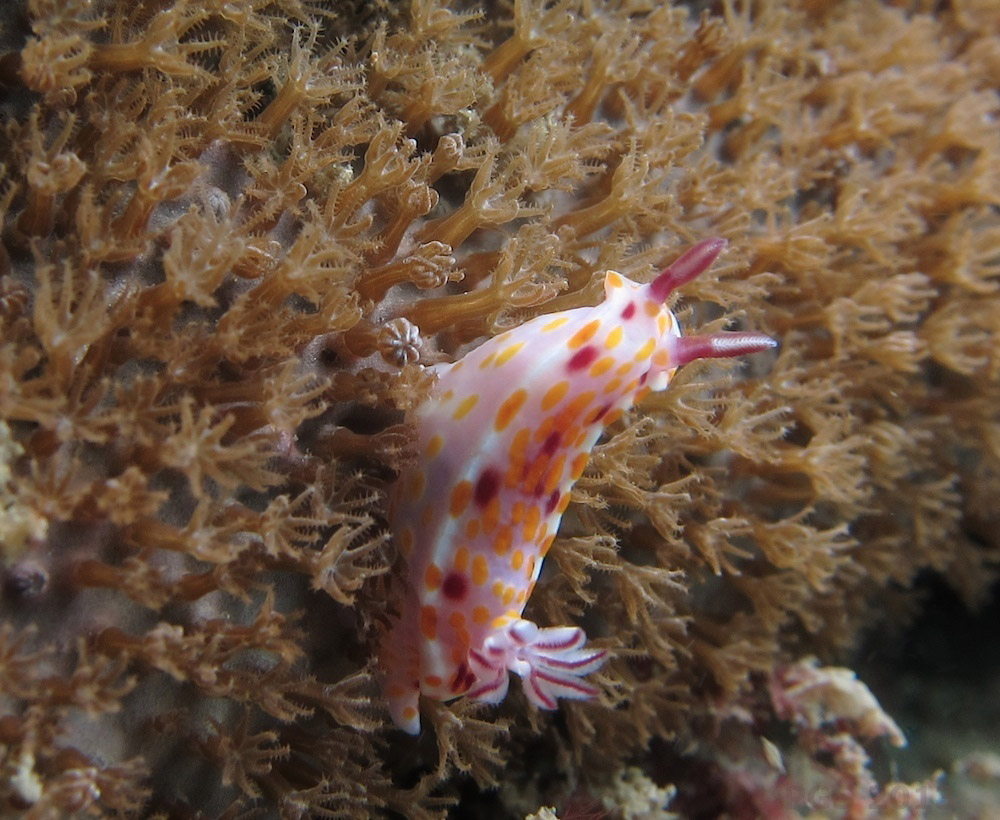 What is that forest of tiny hands? What are the luminescent lily-pads below? 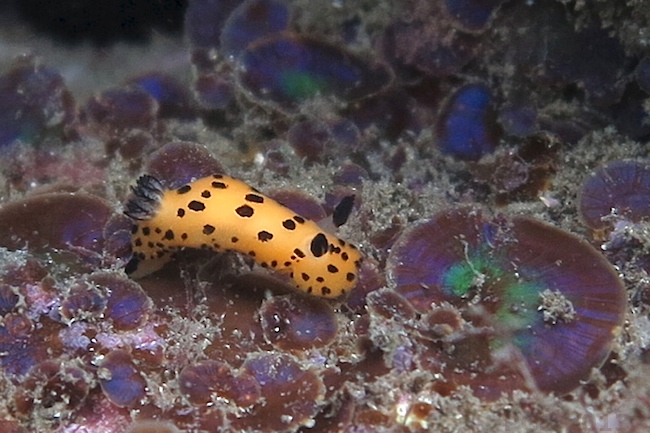 Part of this experience is due to the fact that nudibranchs so often seem to be peering and scanning around them. Their eyes are very rudimentary – invisible in these photos – and this peering is, I assume, a chemical peering; they are smelling/tasting the water with the rhinophores on the top of their head. Because they seem so determined to perceive whatever is around, as an observer you tend to join in, and notice all sorts of things you’d never normally see.

Amid the red-algae maze that this one, Goniobranchus roboi, has worked its way into, are thin filaments, almost transparent. 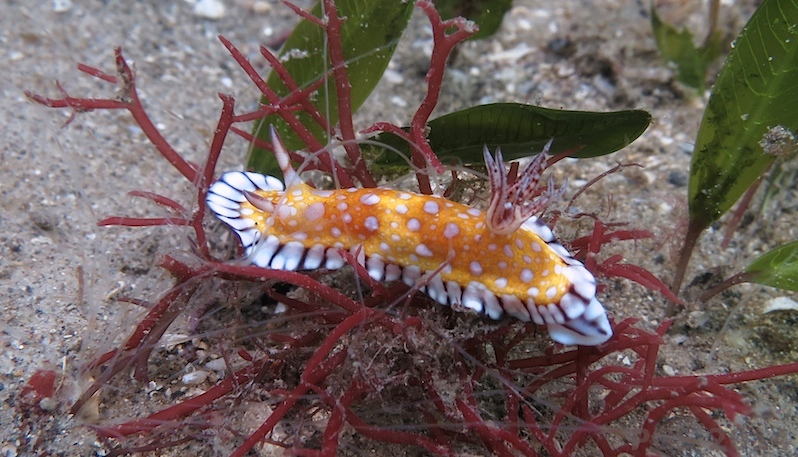 Nudibranch behaviors, and the particular kind of agency they present to a watcher, are like a telescope into the tiny scale on which they live. 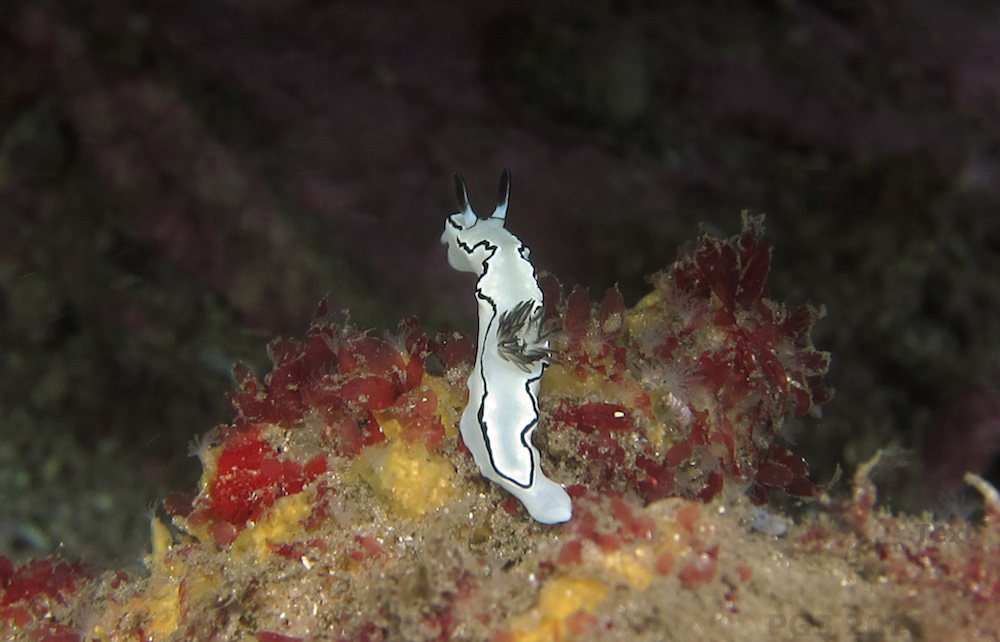 The New York Times has a nudibranch video up on its site at the moment. And an all-nudi photo competition has just been announced.

One Response to 44. Telescope