All the photos in this post are of one Giant Cuttlefish, watched on a dive a few days ago. As I followed him around he produced a kaleidoscopic sequence of colors and forms. 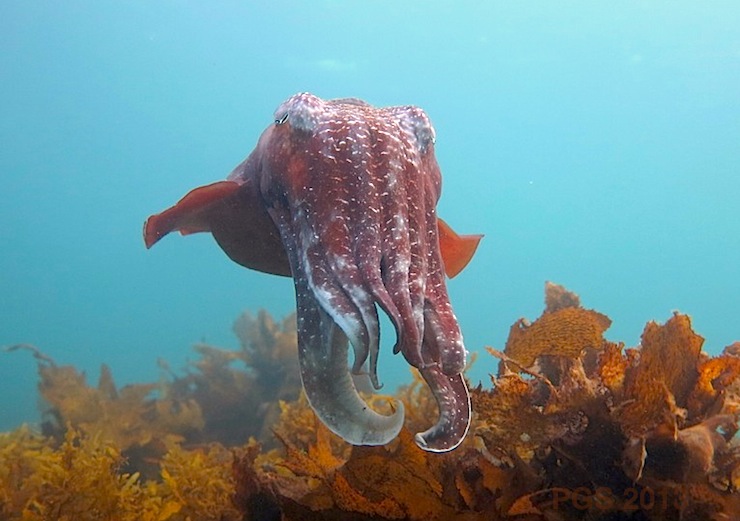 The “standard” color for a Giant Cuttlefish is a dark red, as in the first picture, but this one spent a lot of time in intense oranges and yellows, with occasional floods of white. The two photos below were taken four seconds apart.

Sometimes his color matched the orange-green kelp around him, occasionally quite closely, like one of the trompe l’oeil octopuses I wrote about a little while ago. 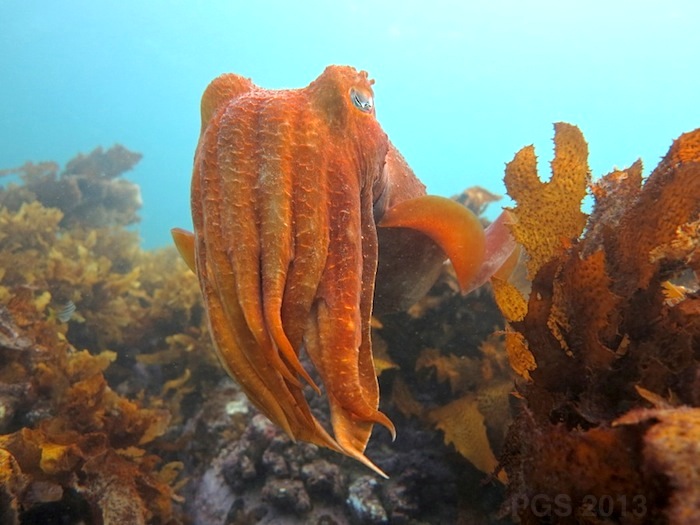 But he did not stay in those colors – or any other colors – for long. 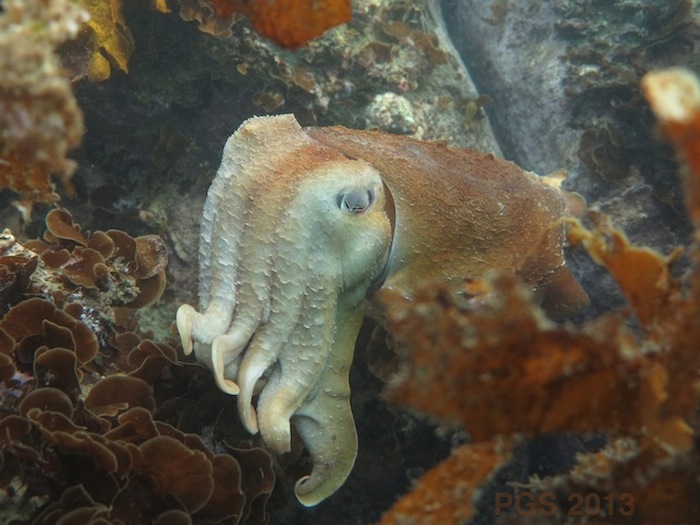 When he roamed over sand he looked like a squid, his evolutionary cousin. 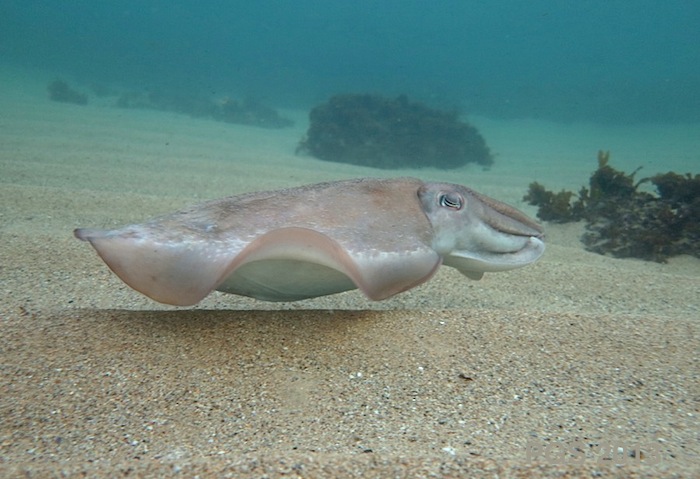 Watching this felt like seeing an evolutionary transition take place in seconds, a metamorphosis that bridged scales in time. (I am not saying that cuttlefish actually evolved from a squid-like animal, or vice versa. Though squid are their closest living relatives, the common ancestor might have looked different from both.) 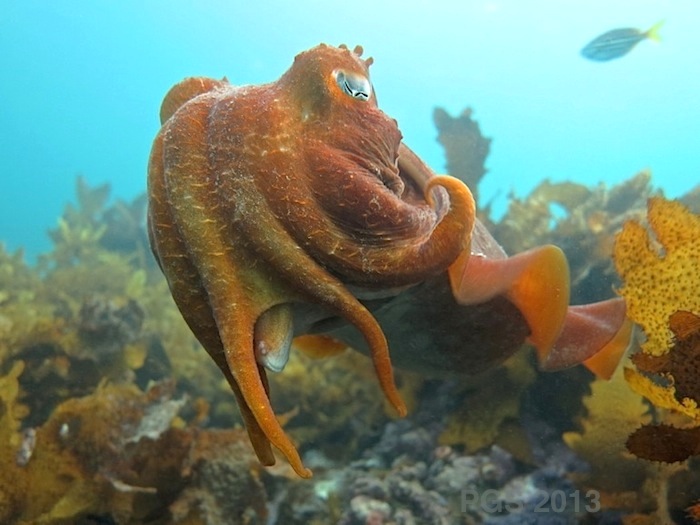 Here is some video. I spent most of the dive watching him in and around a den, but late in the afternoon he went roaming and foraging for food. In compressed and partial form, in the video he goes through the reds, the oranges, and greys of the dive. He catches a fish, and releases it.

Evolution. Metamorphosis. Behavioral shifts. The cuttlefish, especially with the transitions to and from squid, seemed to pack changes on all scales into his restless tour.

Postscript: I have an octopus article out in the Boston Review at the moment.