Sometimes under water a seabird zooms in, sending fish scattering. 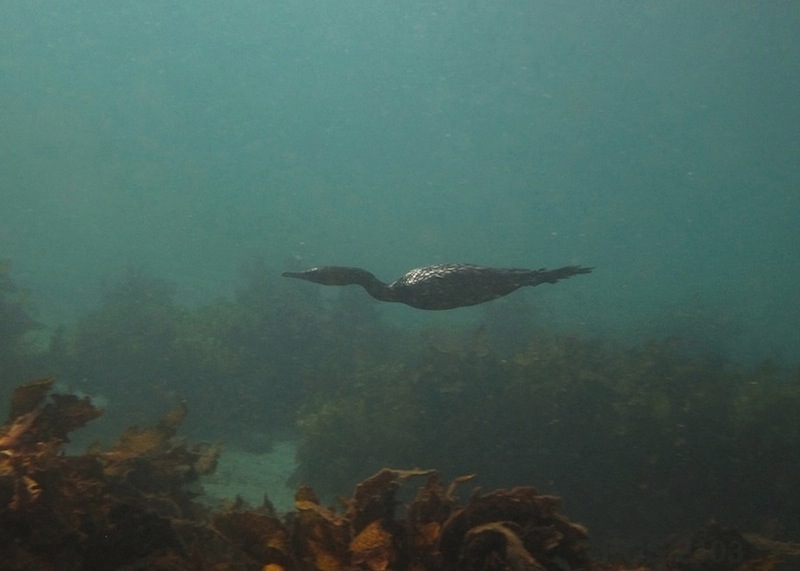 Though they don’t look like much, I’ve been trying for years to get these photos. The bird will appear from nowhere, moving fast, and the camera is never in the right settings or position to catch it. Last month this bird – probably a Little Black Cormorant – came swooping in repeatedly to roughly the same place.

A bird’s appearance always seems an intrusion, and not only because the bird is fishing. This is an animal from a different medium. I tend to think that thought without noting that I, too, am a terrestrial intrusion – surely much more so, with all the machinery clamped to me. 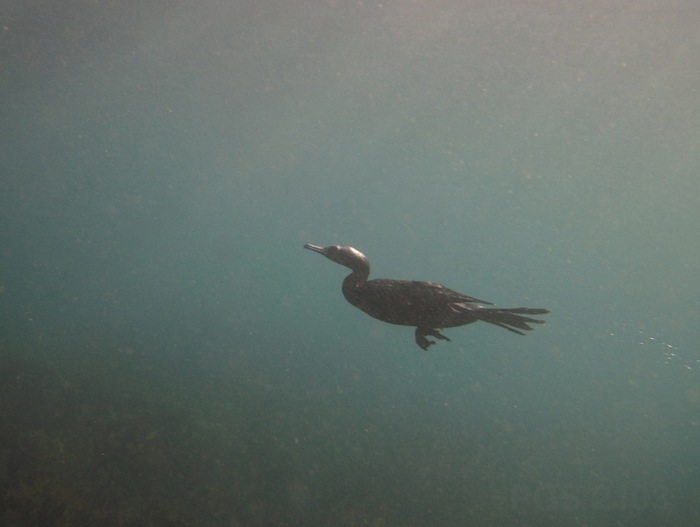 A diver from the earliest days, Arthur C. Clarke (author of 2001: A Space Odyssey) said that he began diving because of the analogy with space flight.

When the first skin-diving equipment started to appear in the late 1940s, I suddenly realized that here was a cheap and simple way of imitating one of the most magical aspects of spaceflight – ‘weightlessness’.

Though his initial inspiration was more Cormorant than Cuttlefish, Clarke went on to become a dedicated diver and explorer, at a time when diving was vastly more more dangerous than it is now.

The first workable scuba system, mentioned by Clarke above, was the Aqua-Lung, invented around 1942 by Émile Gagnan and Jacques Cousteau. This is the design on the right.

The modern design, with a single hose leading to the tank, was developed soon after by an Australian, Ted Eldred. Eldred wanted to make scuba gear but the twin-hose design of the French was protected by patents, so he had to make something different, which he called the “Porpoise.” Eldred’s design is now standard.

Clarke himself had a hand in this, according to Wikipedia:

The Porpoise single hose SCUBA found its initial international praise in Arthur C. Clarke‘s 1955 book Coast of Coral. Clarke brought two French Mistrals to Australia, but set them aside when he was loaned two Porpoises for his Australian adventure by Eldred.

I once saw a man emerge from the water not far from this spot with double-hose scuba gear of the Gagnan-Cousteau design. I didn’t realize that this was the original scuba design, from the 1940s, though it did look like someone had walked up out of the past as well as the sea. 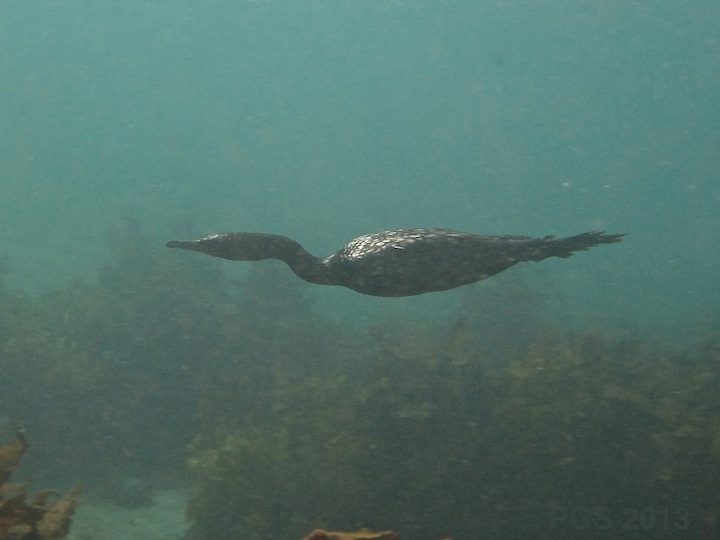