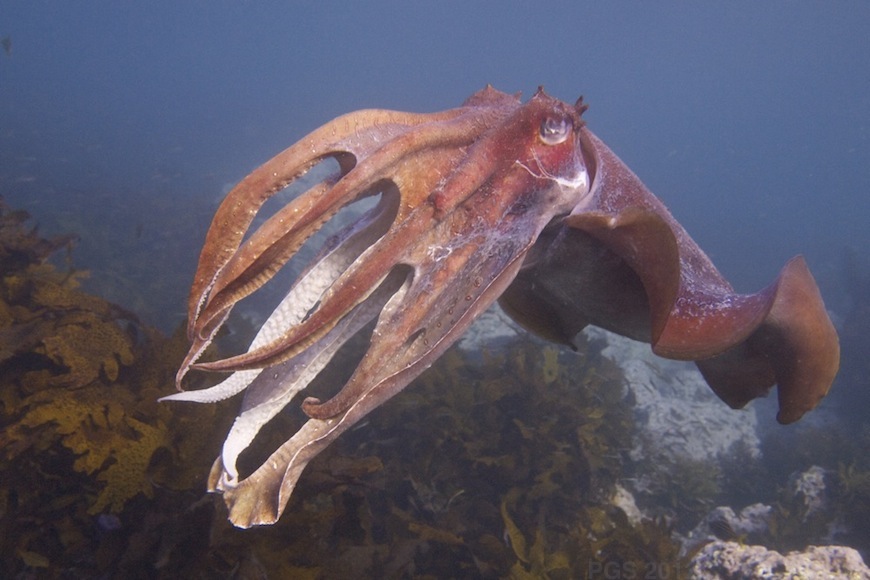 Their color-changing skin fades and is lost. Their eyes go cloudy. Eventually the cuttlefish is unable to defend itself, and unable also to control its height in the water column. Once the decline starts, it occurs very quickly – on a scale of days. Their health seems to drop off a cliff.

The photo above and the one below were both taken on July 9. This is a very large male cuttlefish, vigorous and colorful, roaming about and displaying.

The next two photos were taken just a few days later, on July 13. As you can see from the V-shaped scratch or scar below the left eye in every shot, this is the same individual. The colors now are duller, there is more skin lost from the scarred area on his head, and white patches are appearing on his back. 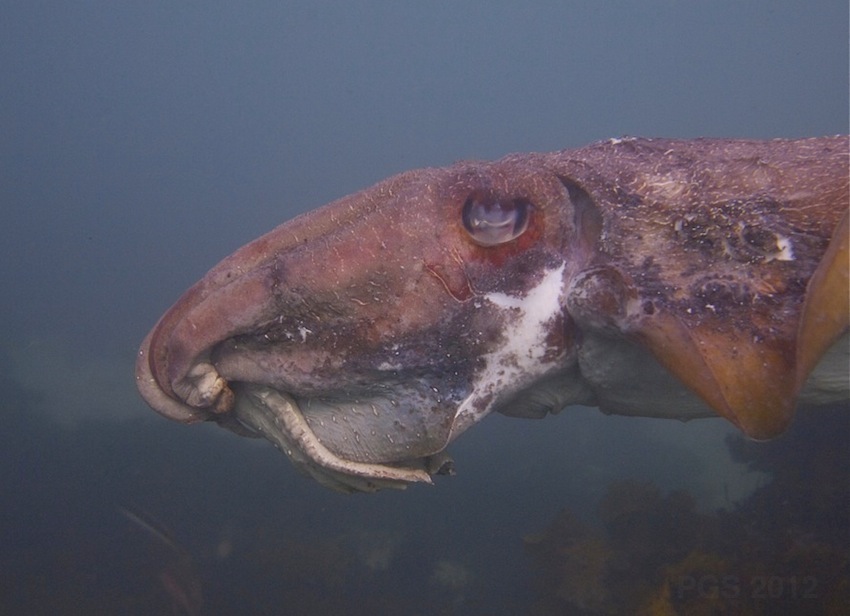 I used to feel uneasy being around the animals while this is going on, reluctant to get close or take photos. It seemed an intrusion. But this year, in two cases I followed cuttlefish near the end of life who seemed quite comfortable to have me around. Even while declining, they have ways of showing alarm if they want to. In these cases I think they knew I was there, as they maintained a reliable few feet of distance, but did not mind the company as we swam along. It was hard to watch their life fade, though. 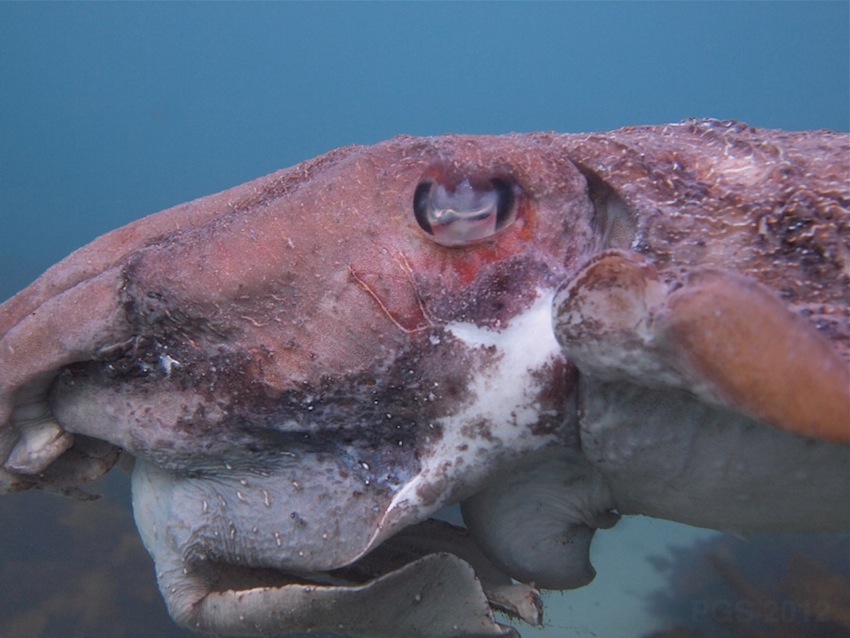 I looked for this one again on the following days – 14th and 16th – but did not see him again.

Passing through Sydney again a few weeks ago, I was able to get out once to the same area. You’ll hardly see anything in the next shot, but under a rock ledge, behind all those fish, center-right, there is the silhouette of a very small Giant Cuttlefish, hovering and watching and keeping well back. A new generation. 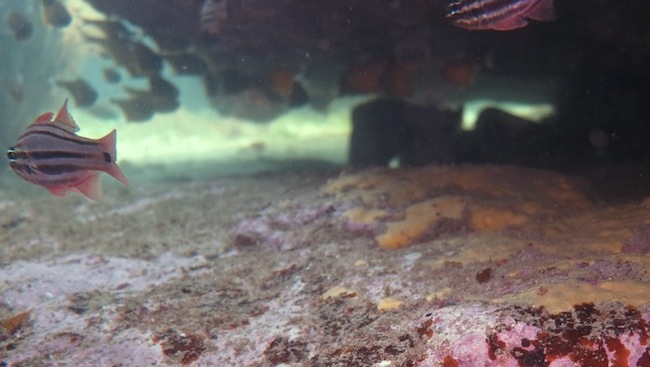