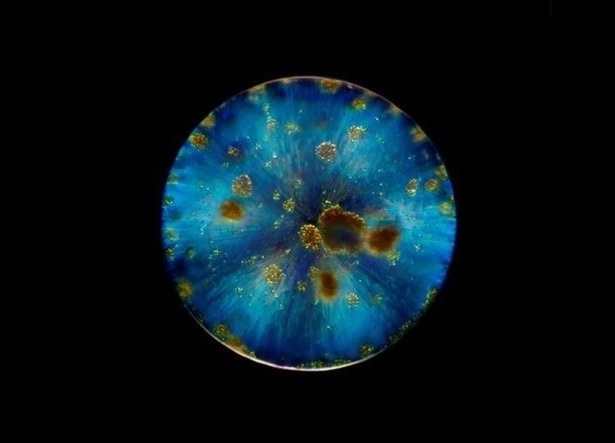 Many animals spend the early part of their life as plankton, drifting in the sea, microscopically migrating from deeps to shallows. These include octopuses and squid, though not cuttlefish. Last week an extraordinary series of photos of plankton was released by the BBC, including the images above and below. 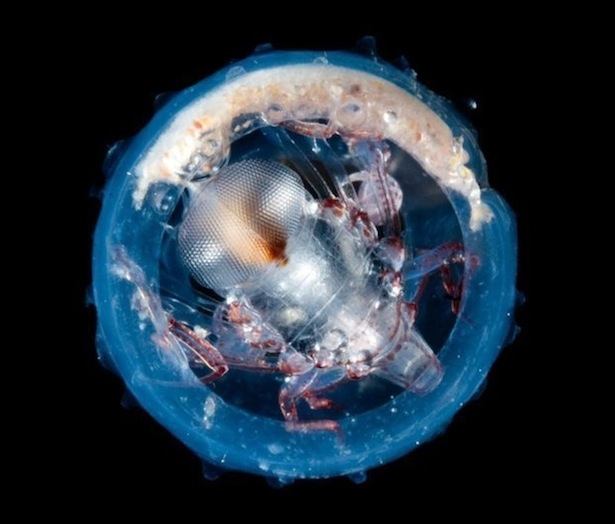 They are a reminder of the relations between scales in the living world – every drop of seawater teems with them – and they also make vivid a fact about growth, discussed in a pair of papers from some years ago, one by Rick Grosberg and Richard Strathman from 1998, another by Lewis Wolpert and Eörs Szathmáry from 2002. Smaller animals get eaten by bigger ones, big ones are more fertile, and there are often other advantages to being large. Many animals race to grow as much as they can. But rather than starting small and racing to get big, why not start bigger? More specifically, why do life cycles so often go through a one-celled stage, the smallest possible beginning? Why don’t adults build something larger to start the new generation?

Some organisms do manufacture large “propagules,” but a great many don’t. These papers discuss a range of ideas about why this is. Several involve the importance of the cells in a body having the same (or very similar) genes. This reduces the possibility of evolutionary competition within an organism. Even if just a single adult contributes many cells to the new juvenile, these cells will differ genetically as a result of mutations within the adult’s life. The divergence makes competition possible. Wolpert and Szathmáry say that a very high degree of genetic similarity may be necessary for an organism to have a coherent developmental program. The patterning of a body requires signalling between and within cells; “Such a process can lead to reliable patterns of cell activities only if all the cells have the same set of genes and obey the same rules.”

This, in turn, has further effects on the evolutionary paths taken in these animals. When life starts from one cell, a single mutation can have effects that ramify widely and change the organization of the whole animal.

Whatever the causes for starting small, one result is the tiny kaleidoscopic planktonic communities, where animals that will end up living very different lives at different sizes rub shoulders for a time – octopuses rubbing shoulders with the worm and jellyfish larvae of an earlier post, and with what will become crabs, fish, and corals. Then they grow, develop, and go separate ways: octopuses to the reefs, worms to the sediment, fish staying in the water column. 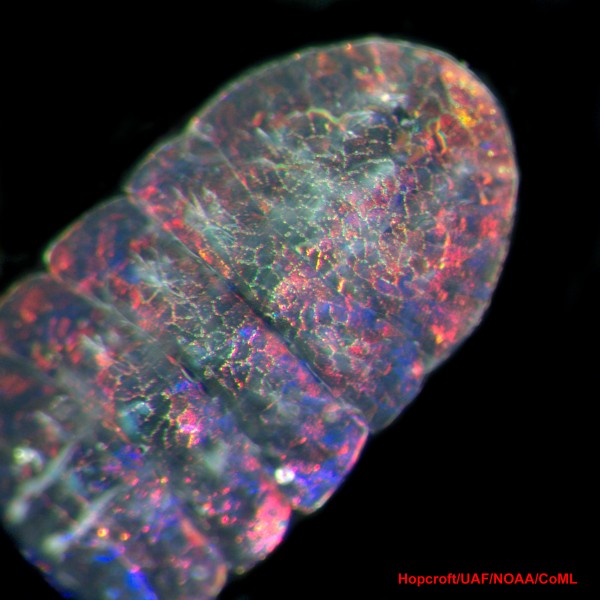 The term “opalescent” is often applied to the bright play of colors in opals, but apparently it is more properly used for their milky sheen. That would make “opalescent” less appropriate for the plankton – except for the fact that opals are partly made up (3-21%) of water. 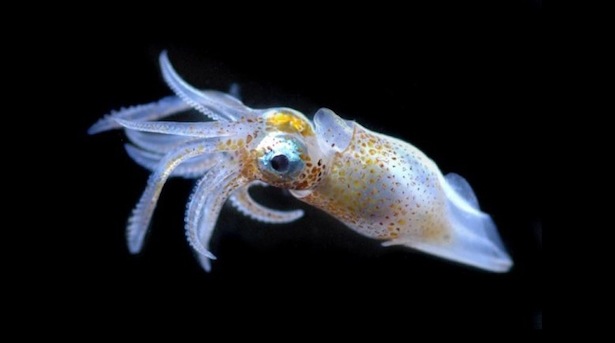 The photos with the red embedded captions are not from the BBC but from the Census of Marine Zooplankton and were taken by Russell Hopcroft. Here is a marvellous gallery from their site. The role in evolution of single-celled “bottlenecks” is discussed in one of my books, drawing on earlier ideas due to John Bonner and Richard Dawkins.

Postscript August 2013: Another excellent photographer of plankton is Alexander Semenov, who works in Russia; a wonderful gallery of his is here. A interesting new plankton study has also just appeared here.